B. J. Thompson is a Calgary, Canada-based free-lance writer, literary novelist, developmental editor, writing coach and public speaker who yearns to word craft on either side of cocktail hour. Her fictional works examine the process of death — of an icon, an ideal or an event — to reveal answers to a long-held mystery or societal question. It’s in life’s final moments that truth plays the only role. 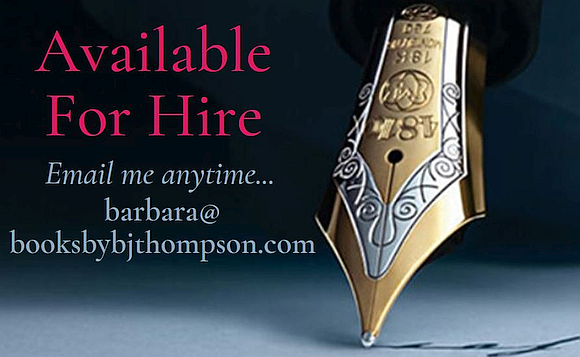 by B. J. Thompson All the months, sometimes years, of research and editing, the same being said for characters endlessly haunting, for pivotal scenes e'er repeating in one's mind...all that seasoning is a solo endeavour. It has to be. However disquieting, traumatizing, thought-provoking the work is, the scribe prays for even a modicum of that human experience to wash over the devourer of that tale, and that a silent tremor be felt in the reader's heart, if only for a while.
Breadcrumbs • 8th October 2020

At ten minutes past the witching hour of October 4th, these words were spoken... “Peggy, give me a hit, man. The session was good, but tough; I gotta come down.” “Listen, I know where you got it and who you got it from. I can do the same thing you did.” “Then do it. It's not coming from me.” Slam went the door of Room 105 at the Landmark Hotel, Hollywood. Minutes later, bang went the back passenger door of a limo, its tires squealing onto Franklin Avenue, the black beast headed for the corner of North Sycamore and Hollywood Boulevard. The land-yacht parked just shy of the intersection, the passenger forced to get out and walk, for there could be no overt meeting, no limos, and no celebrity scene of any kind, if the deal was to go down.
Medium • 15th March 2020

This post is so going viral! This post will be literary cheese to mice, shoes to Kim Kardashian, lies to Trump! I’ll receive the Bloomberg bankroll equivalent in Medium.com royalties for this baby, and I won’t even feel guilty about bilking the site readership of their hard-earned nickels and dimes while I shove meaningless tripe down their figurative throats to infect their struggling minds. Nope. Not at all… as I apply another coat of $100 Holt Renfrew lipstick to my smarmy smile-plastered lips.
Medium • 9th March 2020

I’ve heard through the online grapevine that Baby Boomers are considered Happy Warriors, and I suspect the younger gens look at this moniker as naïve. I’d beg to differ. Elizabeth is a Boomer and a Warrior, of course, and by God, thank God, because without her endless get-up-and-go-to-get-things-done attitude, no progress would ever be made in so many issues that plague American society today. You don’t have to espouse all her plans, but you darn well have to be married to her initiative, her drive, her innovation and creativity, and her plain zest for life and ebullient pride in what America should stand for.
Medium • 17th October 2019

And it resides in a rocking chair. With her final paycheck from her last week at work, Mona Thompson purchased a Lazy Boy recliner rocker. This is 1963. Not a lot of rocking chair choices for expectant mothers back then, so my Mom went all out and bought a solid piece of furniture that she thought would last. I’m not entirely sure she thought it would last this long, and have adventures few rockers do.
Medium • 16th October 2019

The Day After Turkey Day…

The day after Turkey Day, also known as Canada’s Thanksgiving, is a memorable one. The hustle, the banter, the oven disasters, humans and pets chowing down on the coma-inducing feast, all near-distant memories now. Canada’s holiday comes ahead of the State’s, and although I know there is an historical reason, all that springs to my mind are two British ships racing towards the New World wrecking in some kind of flotilla NASCAR race, the northern front crawl swimmers making shore ahead of their southern dog-paddlers, so we were thankful, first.
Medium • 4th October 2019

A Profile in Courage — Which Republican Senator Will Be the First?

In any group, there’s always one. One person, who beyond knowing right from wrong, will live right from wrong, and will be the first to step forward, no matter the risk to themselves or their career, and declare to their silent members, “There is a line in the sand. There is a point of no return. Both have been crossed and met. And I, for one, say no more.”
Medium • 1st October 2019

“It was so quiet, one of the killers would later say, that you could almost hear the sound of ice rattling in the cocktail shakers in the homes way down the canyon.” ~ Vincent Bugliosi, Helter Skelter Gary Hinman would be 84 this December. Jay Sebring would be 86 this October. Voytek Frykowski would be 83 this December. Abigail Folger would be 76 this August. Rosemary LaBianca would be 90 this December. Donald “Shorty” Shea would be 86 this September. Instead, every soul listed above has been dead and buried for a half century while their killers — minus Atkins-brain cancer and Manson-heart attack — breathe quite comfortably above ground in prison. I will not list the killers’ names. It was hard enough on this anniversary to list the two above who finally gave the world some measure of peace by keeling over. It’s amazing how long base and vile humans can live.
Tiny Spoon • 5th April 2019

The dockyards sit empty now. The fecal stained mud bogs, which fill the bleak rectangles that had been for years wet and sticky, are now caked dry. The iron gates stand stock-still, their creaking and slamming a thing of the past, their once shiny silver rungs quietly rusting in the falling rain.
Medium • 26th February 2019

Maura Murray Missing — A Sherlock Holmes Mystery That Never Was…

“When you have eliminated all which is impossible, then whatever remains, however improbable, must be the truth.” This 1927 quote, attributed to Sherlock Holmes through the literary genius of author Conan Doyle, holds true in logic and reason today, in literature as in real life. In the mysterious death of 21-year-old University of Massachusetts Amherst nursing student, Maura Murray, on the dark and cold winter’s night of February 9, 2004, amateur sleuths, online and off, have forgotten this investigative truism. It’s the same affliction that the JFK assassination suffers from: too many emotionally charged wannabes seeing smoke in a case where there is none, steadfastly ignoring the facts that can bring about a beyond-all-reasonable-doubt conclusion. Simply put, the victim and the perp(s) have been looking us straight in the eyes since that wintry night.

It's always nice to go home...

Lights off, feet up, hot toddy in hand, a cozy blanket by the fire as you quietly sway back and forth in an ages-old rocker...

A writer is 90% a thinker. 10% of our time is spent living, and living large — seeing, hearing, feeling, touching and tasting it all. Then we head home to digest and distill all that life has offered us — the good, bad and Clint Eastwood ugly — and it's while being at home, a-thinkin'-and-a-rockin', that images flash, dialogue pops, story themes breathe, and we make sense of the nonsensical human experience.

Without going Home, in our minds and in our hearts, we writers would be nowhere at all.